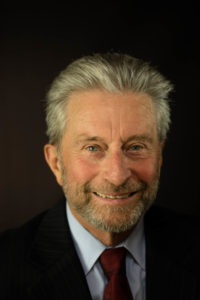 See LinkedIN Profile or visit  www.marlinnelson.com for endorsements  from supervisors, customers and colleagues that span his career.

“Marlin is a high energy Sales Executive with true global presence and reach. I would be happy endorse your consideration of Marlin”

“I hired Marlin to run our international sales efforts at FreeWave nearly 4 years ago. What I love most about Marlin is his tireless work ethic and his passion for international sales. While at FreeWave, Marlin has built coverage models in the Middle East and Asia Pacific that have uncovered some very large, strategic opportunities for FreeWave. He’s done this by leveraging some long-term, very solid personal relationships. Marlin has developed expertise in wireless telecommunications for Smart Utilities and for the Internet of Things (IoT). Marlin has a true passion for selling internationally and it becomes very apparent in daily interactions with him. He’s willing to work hard to build the international business from the ground up.”

As Chairman of the Board, Marlin reported to me in his role as President and COO. Previously he had been the General Manager of the Bulletin Division of TWS Wireless and responsible for their entry into the US market. After the-spin out, he led the compahy through 2 rounds of financing totaling $16.5 million and signed a major VAR agreement with Vodaphone-UK to resell our products to their enterprise customers. Later he convinced Mail.com to an OEM reseller and make a $2 million investment in the company. Ultimately helped the company exit by selling controlling interest to a private investor

Robert D Francis, Chairman of the Board

“As the Global Practices Director, Marlin was responsible for leading business development and sales for Openwave’s Location practice world-wide. He did an excellent job of applying his deep understanding of Location and Location applications to develop business opportunities, including the sale of significant engagement to an EMEA carrier valued at over $1 million USD. Marlin’s positive, can-do approach was very helpful as he worked to design and develop his practice.”

He successfully established the first European subsidiary for the company and led the market entry into Europe, Middle East and Africa from Paris headquarters. Consistently made bookings and revenue objectives and closed large OEM transaction with TRT-Phillips. Marlin was a team builder and his staff was always very loyal to him.

As a member of the Board of Directors and a consultant to Digital Transmission Systems, I had frequent contact with Marlin as he guided the company’s entry into wireless data. He created this new business that generated 35% of the company’s revenues in less than 3 years and helped position the company for its IPO. After this very successful sales ramp up, he convinced the company to create a replacement product line that became the wireless backhaul standard in China for backhaul applications.